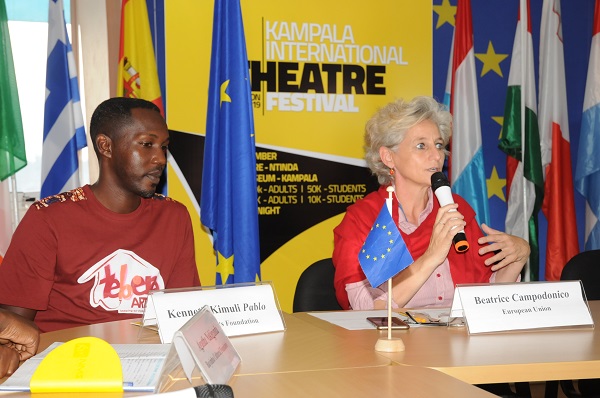 The European Union has joined the Tebere Arts Foundation and the Bayimba Foundation to support the 6th edition of the Kampala International Theatre Festival (KITF) to be held at the Ndere Cultural Center and the Uganda Museum from the 26th to 30th November 2019.

This year’s festival is held under the theme “self-identity, love, and the effects of war and displacement.”

The 6th Edition of the Kampala International Theatre Festival brings together renowned playwrights, directors and celebrated actors, costumes and stage designers from all over the world. 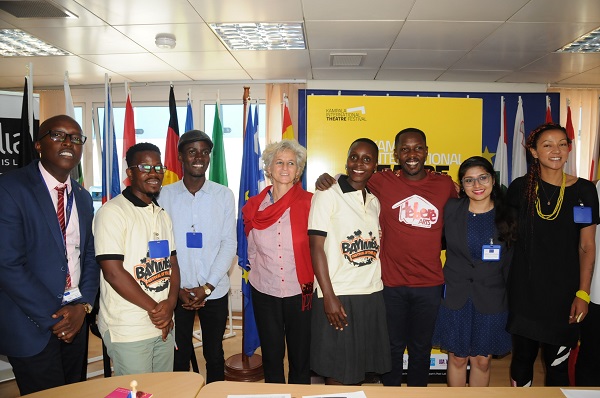 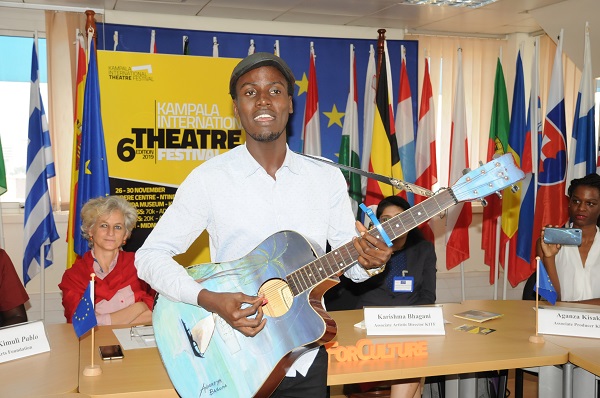 The festival this year will host productions from Uganda, Kenya, Rwanda, Burundi, Palestine, Germany, and the United Kingdom.

It will explore new genres – from musical theatre to puppetry – to discuss the complex themes of war, displacement and self-identity.

The festival represents also a learning event for the performing arts community as it will host roundtables and writing workshops.

“Within the European Union, cultural and creative sectors are important for ensuring the continued development of societies and are at the heart of the creative economy,” said Beatrice Campodonico, Cultural Attaché at the European Union during the press conference held yesterday.

She added that the European Union in Uganda understands the importance of theatre and performing arts in general in communicating about some of the challenging issues that affect Ugandan society.

Aganza Kisaka, from the Tebere Arts Foundation, recalled the origin of the festival: “KITF was born out of an exciting relationship with the Sundance Institute East Africa and its support to playwrights and other theatre makers from Eastern Africa through annual ‘lab’ residencies in East Africa and elsewhere”.

She added that the festival had received over 50 applications from Africa, Europe, South America, India, North America, Africa and announced the inclusion of a partnership with the Nairobi Musical Theatre Initiative developed and run by Eric Wainaina under Rainmaker Limited.

“This festival provides a platform for the public to engage in a deep and meaningful conversation through theatre and showcase various aspects of performing arts. Each performance will be followed by a talk back where artists will share their creative process with the audience,” said Karishma Bhagani, KITF Associate Artistic Director.

“Our involvement entails providing a platform for UK artists to collaborate with others and also upskill artists through creative masterclasses. This year, Nick Makoha, acclaimed Ugandan playwright who lives in the UK but will perform his play, My Father and Other Super Heroes for the first time for Ugandans at KITF,” said Rasheeda Nalumoso from the British Council.

Over the years, the KITF has become a space that encourages performances and post-performance dialogue that are about forging and holding connections, challenging taboos, and celebrating differences.

Bayimba Festival 2017 to Get a Taste of the Loco