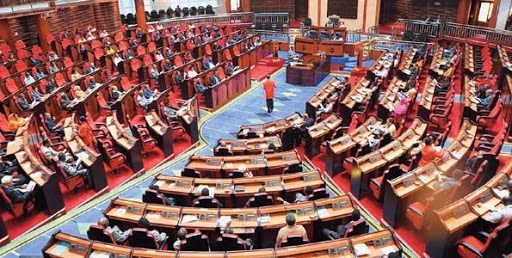 Ndassa is the second legislator to have died in the past 10 days in Tanzania.
Ndassa who was aged 61, died in the early hours after a short illness, Speaker Ndugai confirmed but he did not reveal the cause of death.

President John Magufuli sent condolences to the grieving family and the speaker, describing the late Ndassa as a friend and counterpart in his political career.

“I recall in 1995 when Ndassa and I became members of Parliament. He was an MP for Sumve constituency and I was the MP for Biharamulo East which is now known as Chato constituency. May his soul rest in peace,” said a statement issued by the Directorate of Presidential Communications, quoting President Magufuli. According to the Speaker, the Parliament was in consultation with his family and government over his burial which is expected to take place today.

He said Parliament will do all that is in its powers to make sure the legislator is buried in Sumve, a constituency that he has represented since 1995 on the CCM ticket.