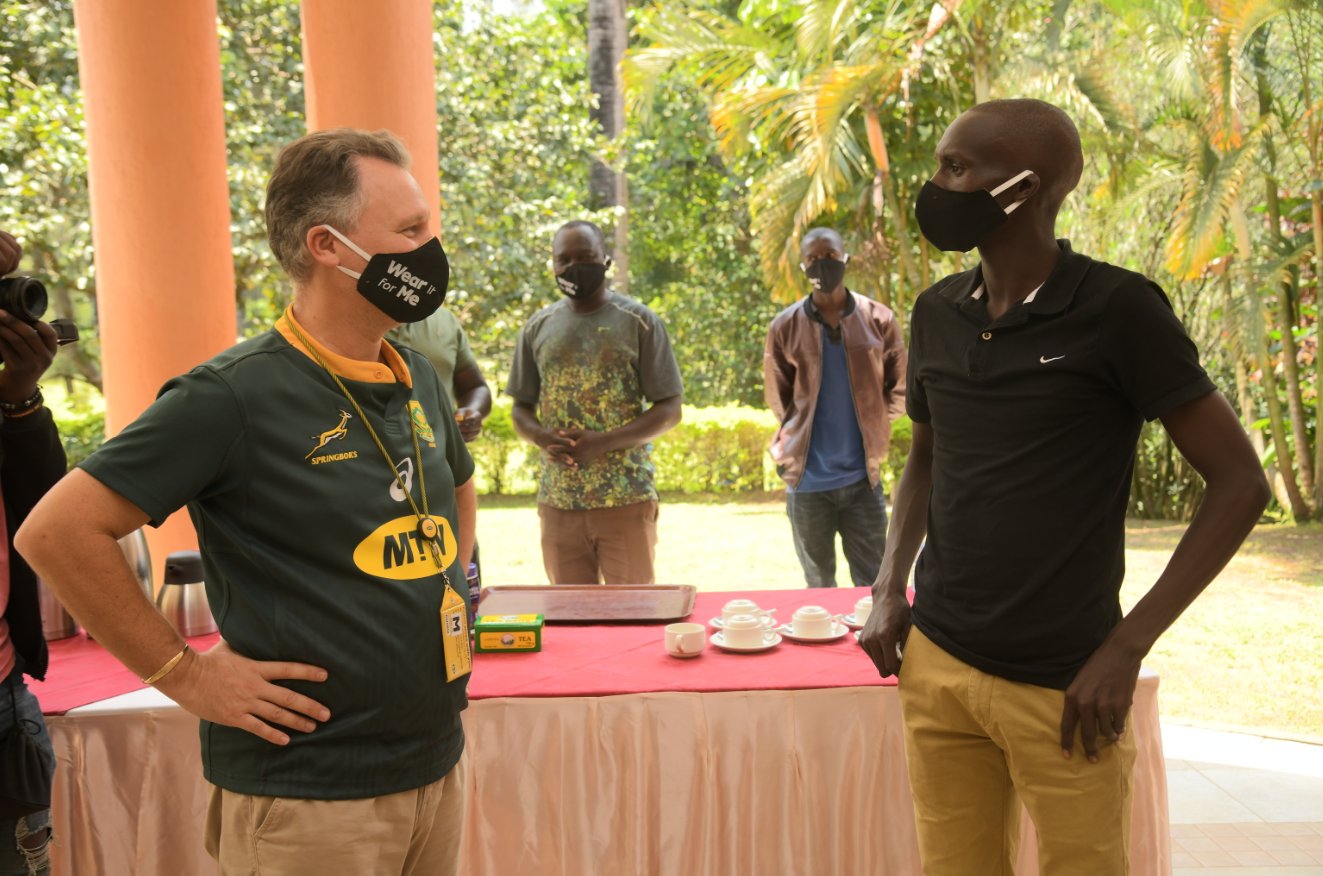 MTN Uganda has thrown its weight behind the country’s celebrated athlete, Joshua Cheptegei as he attempts to break yet another record set by Ethiopia’s Kenenisa Bekele in the men’s 10,000 metre race.

The telecom giant is harnessing its reach and voice to mobilize Ugandans to rally behind their own as he strives to bring yet another prestigious title back home, at the NN Valencia World Record Day on October 7th, 2020.

To celebrate this personal and national milestone, MTN Uganda rewarded the athlete with UGX. 123,536,000 and 12GB of data, 35 Voice minutes and 36 SMS every month for twelve months, all symbolic of the new world record time.

In addition to that accomplishment, Cheptegei will again hit the Turia stadium tracks in Valencia to challenge Bekele’s sixteen-year-old 26:17.53 record time.

Speaking about MTN’s involvement with the athlete, Somdev Sen, MTN Uganda’s Chief Marketing Officer said, “Considering how important this record will be for Uganda’s image and the athletics fraternity, we are rallying support for Cheptegei as he challenges this tough record. He has given us reason to believe in him and we owe him our support as he proudly flies our flag.”

To inspire him and rally support across the country, MTN Uganda is running an online campaign leading up to 7th Oct to drive awareness and encourage Cheptegei as he after Bekele’s long-standing record.

Customers will be prompted to post their prediction of Joshua’s finish time in his attempt to beat the 10,000 metre world record. The predictions will be posted to the MTN Social Media pages using hashtags  #GoodTogether, #NNValenciaWRDay and the first customer to post the closest finish time will win the equivalent to the time run by Cheptegei from MTN Uganda. For instance, if Cheptegei posts a running time of 26:17.00, the customer will win UGX. 261,700 or data worth the same amount of money.

MTN has sponsored athletics in Uganda for the last 16 years through support to programs of the Uganda Athletics Federation (UAF). It is from this partnership, that the Federation is steadily growing Uganda’s reputation as a track and field athletics powerhouse in the region and continent.

“MTN has been a part of grass root development of athletics in Uganda and salutes all the big strides the sport is achieving. We pledge to continue supporting the sport in whatever way we can,” Sen said.