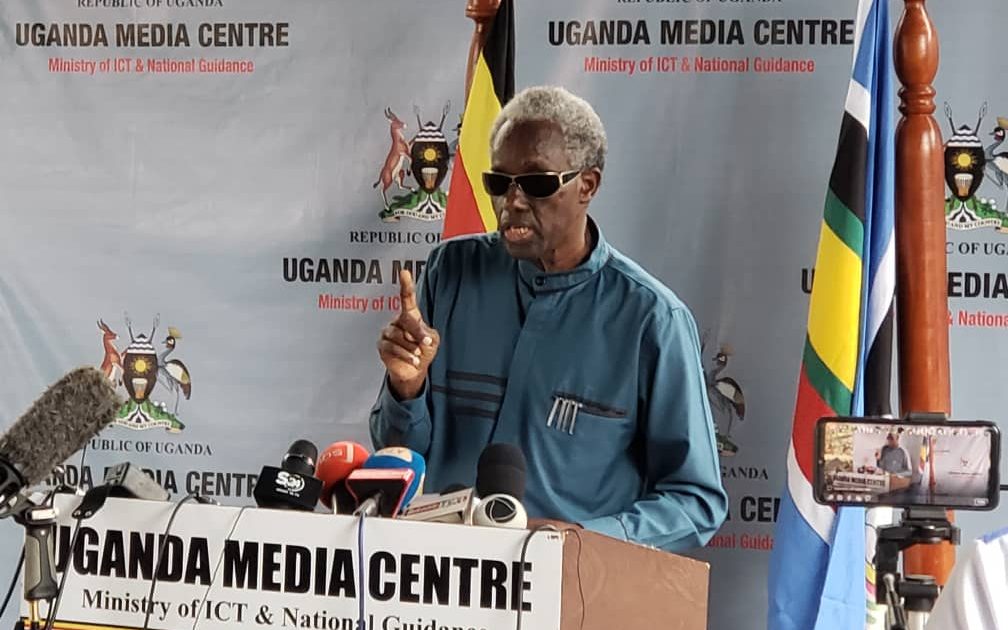 The Minister of Security, Gen Elly Tumwine has said that the police and other security personnel have a right to kill protesters if they are attacked.

Speaking to reporters at the Uganda Media Centre in Kampala, Gen Tumwine said that he had no apologies for anybody who was killed while attacking security forces as they tried to put down protests that broke out on Wednesday and Thursday this week.

Tumwine said that government will not look on as political actors supported by unnamed foreign forces are disrupting the peace. He said that although they commiserate with families that lost loved ones in the two days of running battles between the security forces and supporters of National Unity Platform, Robert Kyagulanyi, violence normally leads to deaths and destruction.

On Wednesday and Thursday, several towns especially in the Central region erupted in chaos after learning of the arrest of Kyagulanyi in the eastern region district of Luuka.

Tumwine said that they have evidence to show that what happened in the country was premeditated by political leaders to try and overthrow President Yoweri Kaguta Museveni’s government. He noted that such people aim at making Uganda ungovernable like some countries such as Libya.

“How can you wish that Uganda breaks up? But I can assure you that Uganda will not be destabilized. They have openly demonstrated that they are just people who want to destabilize, burn the city, cause violence, cause death, this is who they are,” Tumwine said.

He called upon Ugandans to watch out for such characters and make a decision whether they still want peace or they want violence.

Tumwine also wondered why people were rioting because of the arrest of one person. He said that Kyagulanyi is not the first and will not be the last presidential candidate to be arrested if they break the law.

“The arrest of one person cannot justify what has caused death, injuries, confusion and stopping people to enjoy their peace. The arrest of any citizen is part and parcel of society, arrests are normal. Presidential candidates, Members of Parliament, religious leaders, all respectable people are not immune to arrest the moment they break the law or commit a crime,” Tumwine said.