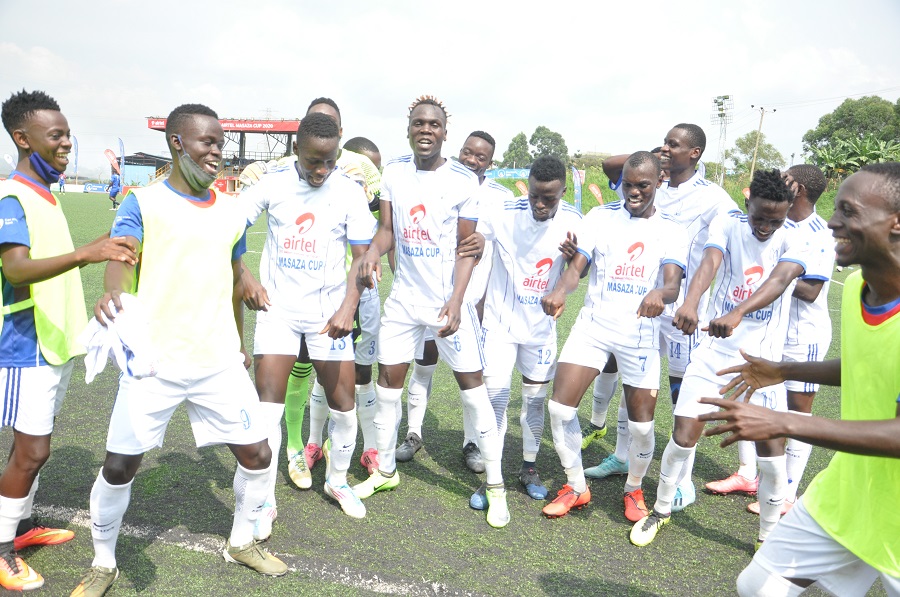 The Airtel Masaza Cup Finals will be a hotly contested battle as Buddu take on the tournament’s record champions, Gomba, on the 6th March 2021 at St. Mary’s Kitende Stadium.

The tournament has been ongoing at the FUFA Technical Centre, Njeru amid tight Covid-19 restrictions as per the Standard Operating Procedures put in place by the government. There has been a lot of ups and downs as teams played for a chance to make it to the finals.

To advance to the finals, Gomba edged out Busiro in a penalty shootout after a 0-0 stalemate in the semifinals. The shootouts ended with Busiro (4) – (5) Gomba.

Gomba will be playing in its 9th Masaza Cup finals having previously won 4 of them and are the most successful team of the tournament with their last win coming in 2017. Buddu however, has managed to win only one cup final back in 2016.

Speaking ahead of the Cup Finals, Remmy Kisakye said; “We have so far had a successful tournament and we are grateful to all the players, team managers, match officials, and tournament organizers for having ensured a successful tournament up to this point. As we go into the finals, we want to wish the teams and the fans good luck and that may the best team win. We hope that the finals go on smoothly and we thank the Buganda Kingdom for a continued fruitful partnership.”

The Airtel Masaza Cup is an annual Buganda Kingdom tournament that has been played since 2004 and usually features 19 teams from 19 different Buganda Kingdom regions. This is the fourth consecutive year that Airtel Uganda is sponsoring the tournament as the title sponsor since an agreement was signed between the telecommunications company and the Buganda Kingdom to boost talent among the youth and mobilize people to participate in kingdom development programs using football.