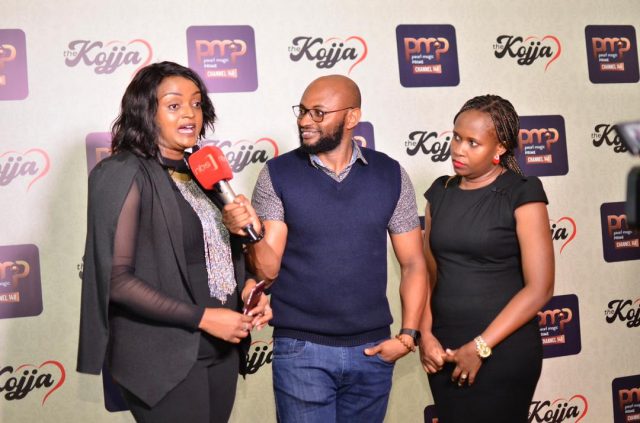 What happens when a clever conman ends up in a position of influence and power? The Kojja, an offbeat new comedy premiering on Pearl Magic Prime, explores this scenario when it premieres on Wednesday 20th April.

Led by a dynamic and decorated cast, ‘DStv and GOtv Supa’ viewers should look forward to nothing but laughter this April when a 35-year-old man who is on the run from his debtors’ ploys his way into a lucrative position as a therapist at a marital counselling firm.

With the overarching theme of the rivalry between traditional and modern methods of relationship counselling, The Kojja is set in a fictional firm whose business model is rooted on the Ugandan marriage counselling culture of Kojja (uncle) and Ssenga (aunty). Their target market are middle-class couples whose relationships are in need of saving. But is a lying and charismatic conman the right person to solve such problems?

Stepping into the lead role of Ponsiano Maraka (aka ‘the Kojja’) is the celebrated and multifaceted Amon Nuwamanya whose illustrious career has seen him featured in numerous films including, Nana Kagga’s “Beneath the Lies”, Phillip Luswata’s “The Campus”, and Irene Kulabako’s “Yat Madit.” When we talk radio dramas, Amon has featured in Sawa ya Eagle directed by Madam Alice Lwanga, Rock point 256, and many others. Amon currently stars in usalama, a radio drama against corruption by WizArts Foundation, and he assists in directing the Runyakitara language.

Joining Amon is Okuyo Joel Atiku Prynce who plays his workplace nemesis, James Kamoga (aka the real counsellor). The multi-award winning Prynce is an actor, model and director whose long list of credits include roles in Battle of the Souls, Hearts in Pieces, I Am Slave and State Research Bureau; and The River And the Mountain, Imbabazi (The Pardon) and Strings.

Rounding off the main cast are Tania Shakirah Kankindi (who plays Aphohia, the office’s all-round admin girl), an award-winning actress whose credits include The Coffee Shop, Power of Legacy and My Husband’s Wife; and Gloria Catherine Nambozo (who plays Maraka’s desperately unhappy wife Seraphina). Nambozo’s credits include Mama & Me and Yat Madit. Speaking at the premiering of the show, Josephine Namuddu the Brand Manager GOtv Uganda was thrilled to announce and officially unveil a drama-film product solely centered around marriage counselling in Uganda

“Investing in exciting new projects is one of the things we enjoy tackling at Pearl Magic Prime, and we always aim to bring our viewers content that is relatable, will appeal to their emotions whilst keep them entertained. With shows like The Kojja, we aim to bring comic relief to our daily lives through stories that are derived from the Ugandan cultural practice of marriage counselling. We want to continue growing the creative industry and to empower local talent,” said Josephine Namuddu.

The Kojja is the work of a producer, writer, filmmaker and author, Dilman Dila who has been shortlisted for numerous prizes as a writer and won major awards as a filmmaker for his work on The Felistas Fable. His other notable works include the critically acclaimed book A Killing in the Sun, the series Mama & Me, and the short film What Happened in Room 13, which has attracted over eight million views on YouTube.

Get ready to breathe new life into your Friday nights from 22 April with The Kojja on Pearl Magic Prime (DStv Channel 148 and GOtv Supa Channel 305), your go-to channel for the best in original local content.