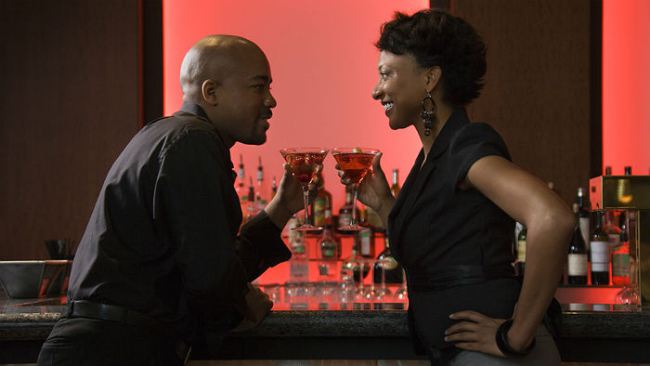 While perusing our menus at a restaurant, Mugerwa, a businessman, leans into my ear and whispers in his hushed voice, “I can’t wait until your tongue is in my ass-et later.” It was our first date. And we hadn’t even ordered yet. Without looking up from the appetizer list, I replied, “Sorry that is not on the menu.” Neither was a second date.

Ok, you probably know better than to ask a woman for creepy sex styles before appetizers. But that’s not the only verbal slipup that can kill your chances for a second date or a third one. We talked to more than a dozen women about their real-world experiences on first dates to find out what else you should avoid saying. With the right research and smooth talk, you might even secure your future relationship with the woman of your dreams you want to get married to! You never know how fast things can move, a proposal, booking the wedding venue, and looking for a wedding photography Rhode Island team can happen when you say the right words on that first date! You might feel that it’s a stretch, but when you think about it, that’s life. Read on for phrases to eliminate from your first-date vocabulary. And for smart ideas of what to say, check out this list of great first-date questions.

Jane, 29, was once on a first date with a guy she liked. Until he actually asked her this weirdly old-fashioned question: “Wanna go steady?” “It was presumptuous,” she says. “I was like, ‘Hold on, old timer. That’s way too fast.’ He wanted an instant relationship without the requisite of wooing me or getting to know me.”

You probably don’t speak like a guy in a 1950s-era romantic comedy, but any attempt to plan your future together (beyond a second date) will probably have the same off-putting effect.

What to do instead: Take your time to get to know her. “Women like to feel special and like you’ve taken the time to get to know them. When you seem like you’re just desperate to get married then it makes women feel interchangeable,” says Jenn, a licensed psychotherapist.

How could a compliment turn women off, you wonder? Well, one is fine-but a barrage of “you’re so pretty,” “you’re so cool,” “you’re so sexy,” etc., is just too much.

“It makes the guy seem needy, desperate, and insincere,” says Janine, 41. “It’s like when someone gives you a present that’s way too expensive for where you are in the relationship-everything has its time and place.”

What to do instead: Less is more. And try to make the compliment specific to her. “You can say ‘you’re so pretty’ to just about anyone, but if you say you like the green flecks in her eyes, that is specific to her and makes her feel special,” says Mann.

I Live With My Parents

If you’ve just decided to go back to school or are saving up for future plans, this is totally passable. But unless you have a good reason, many women will see living at home with the ‘rents as red flag.

“If a man lives at home to realize a goal (i.e., buy a house, build a business, get his Ph.D.), that’s the exception,” says Mary, 37. “But if you’re a grown man living at home so his parents will pay his bills, do his laundry, and cook his meals, it’s never okay. I want an equal partner, not a child.”

What to do instead: Let her get to know you and your ambitions so she’ll have a broader context to place that one fact in. “You can hold off until after date three,” says Janine. For example, you might tell her that you are currently working towards settling abroad, possibly in a place like Egypt. Also, you can tell her that you have future plans for investing in Egypt property to settle down and have a family. However, if you do not have ambitions like the one mentioned above, then do not lie to her blatantly just to impress her. Instead, be truthful that you do not see yourself settling abroad because you have always been a person who loves being in the native land. Tell her that you might have plans of searching for Homes for Sale in Phoenix Arizona (which might be your hometown). Remember that you need to show her that you are truthful and not a burden but rather an asset who wants to have a future together.

“Let’s Get Drunk And Have Sex”

Yes, one man really said this to Mercy, 28, on a first date. You probably know better than to be that blunt, but a surprising number of the women we interviewed for this story complained that men bring up sex too soon on first dates.

For example, one woman told us about a guy who joked about getting into her pants. It may seem more innocent than Mercy’s date, but it was still enough to ruin his chances because it made him seem like he had a one-track mind which, again, can make women feel interchangeable.

And in Mercy’s case: “The only thing this guy wanted to talk about was how we were going to get drunk and do it in his car,” she says. “Our conversations before we met up were never sexual, so this was a shock. I finished my drink and snuck out the back door.”

“You do want to make sure you’re compatible or know how someone feels, for instance, about pre-marital sex, if that’s a deal-breaker for you. But it needs to be limited to the broader strokes and not the sordid details,” says Janine.

Eventually, past relationships need to be discussed. But a first date is about getting to know each other, not the exes. The ex-files have ruined many a first date including one for Sarah, 48.

“One guy said, ‘I know we’re not supposed to talk about our exes, but…’ and then proceeded to tell me everything about her and how he wished they could have worked it out,” she says. “Pretty clear signal that he wasn’t over it enough to date.”

To be clear: Griping about your ex isn’t any better, according to the women we interviewed. Whether your thoughts about your former flame are positive or negative, sharing them will only make you seem preoccupied with her and not focused on the woman sitting right in front of you.

Also, if you are divorced or in the process, be truthful about the situation but don’t go into details. Avoid discussing troubles related to Family Mediation, disputes, settlements, and other sensitive information. Instead, just let your date know that the divorce is underway and leave it at that. Too much personal information related to past marriage on a first date can deter a woman from saying yes to the second date.

What to do instead: The advice here is simple: Just don’t talk about it on a first date. “This is a ‘don’t ask, don’t tell’ situation,” says Janine.

Let’s Get You Drinking

“I told him that I don’t drink, but he wouldn’t accept it,” says Lisa, 30. “He kept saying, ‘We’ll get you drinking.’ He was clearly disappointed that I don’t drink … If he doesn’t respect my boundaries on what I drink, how can I trust him with bigger things?”

To be clear, we heard this complaint from women who weren’t complete abstainers, too. No matter who you’re with, talking excessively about booze or encouraging her to drink a little too enthusiastically can be a turn off.

What to do instead: Respect her boundaries. “You should never be pressuring a woman to drink on a date. And limit your own drinks to just a few,” says Janine.

Long Distance Relationships: How to Know if Your Partner is in Love