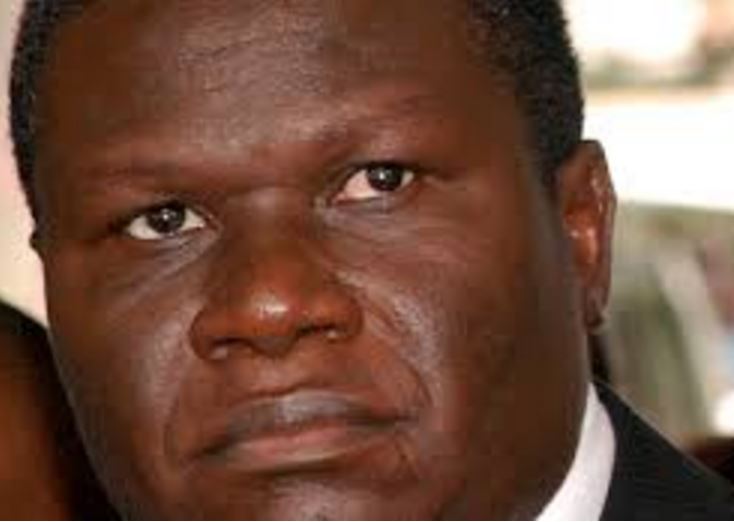 On Monday this week a letter from the Democratic Party President General was circulated across the social media. It was reply, if not a rebuttal to mine which I had taken pains to deliver to him by the same means after having failed to deliver it by hand. Mr Mao’s letter has since provoked a debate the relevance of which stretches far back in time since it also alludes to a few revealing events in the party. Ultimately, as in the spirit of his letter and that of several undocumented discourses engineered by him and Hon Fred Mukasa Mbidde, it has been made no secret that I am up for expulsion from the Democratic Party. These two accuse me of the offence of holding a conference within my jurisdiction and are hell bent to rudely eject me from the party as a penalty.  This is not a struggle for the faint hearted. I don’t mind being suspended from the party as it doesn’t change facts, it doesn’t change need for change by Ugandans.

A close scrutiny of the Ugandan political landscape quickly that we are at cross roads. The regime and President Museveni are increasingly becoming more dictatorial than it has ever been recorded in the history of the country.  We are forced to look on as President Museveni pursues a dream of a Uganda without the Opposition by 2021 which we find unacceptable. He has left no stone unturned in his urgency to entrench a Presidential monarchy. The most unbearable bit of it is that some of the opposition politicians have resigned to this impunity and look on or collaborate with the regime in achieving this.

At the moment, DP as a party is a ship in the hands of pirates led by Mr. Mao and Mr. Mukasa Mbidde who are steering it on a wrong course. They are determined to wreck it and then jump ship to the safety of other boats on the stormy sea.  More than ever, there has arisen a need for the party to strengthen its structures, redefine its ideology and identify and offer workable resolutions the problems Ugandans are faced with if we are to ultimately take back the people’s power from Museveni. This can only be done by ensuring the rule of law first within the party, having better organized structures and formulating effective work plans which will only happen through a clear consultative effort with the party membership.

Also Read: Nambooze Hits Back at Mao, Mbidde: Expel Me if You Want

As DP Buganda, we wish to apply ourselves to this practice by starting right here in Buganda where we have the mandate, with the hope that all the other party branches will follow suit. We intend to do this in a phased manner with the hope that DP and eventually Uganda will be liberated in the process.  We visualize that reorganizing DP and mobilizing Ugandans for the liberation of the country are key activities we need to engage in as soon as possible. We have therefore identified six pillars upon which to base this process;

The DP Constitution has been affected by a number of factors owing to new and emerging trends in the Ugandan constitutional and legal landscape. There have been calls from different angles of DP for reforms to its Constitution to accommodate and address quite an array of issues. For example, the party is in receipt of petitions proposing reforms related to its participation in national elective politics.  Among these are the need to separate the Office of Flag Bearer from that of the President General in order to sallow for qualified candidates. There is also need to empower the Regional Branches, streamline internal democracy and elections, and allow for more committed membership and to fine tune the DP ideology.

Also Read: Nambooze Hits Back at Mao, Mbidde: Expel Me if You Want

Re-instilling the virtue of Truth and Justice guided by a Code of Conduct with sanctions applying to the breach of the same by all party leaders and members.

Reconstruction of the Party Structures

DP is structurally at crossroads and there is considerable consensus on the need for renewed confidence in the party Presidency, composition of both NEC and NDC which determine much of the party functionality especially in as far as they draw from the lower structures and party wings and local branches.

Resolution of Conflicts and Reconciling Members

Institute mechanisms to ensure common ground among members from time to time through the settlement by yielding agreements that sustainably meet the interests of dissenting parties to the extent that their respective points of departure are respected and resolved, rather than ignored as far as is feasible.

Rebranding in order to re position the party, improve public image, reputation, competitive positioning and emotional connection with the electorate through deep consultations.

Identifying new and applicable strategies to restore the confidence of the citizenry in DP as a party of choice to form a government and to make DP great again.

As we pursue and debate around this, we demand for an opportunity from Mr. Mao and Mr. Mbidde to allow us the freedom of speech and expression that have been denied to us by the Museveni Government.

We wish to remind them that every generation has a calling and the Great Commission of our time generation is to revive DP to the creed conceived by our founder fathers and make it great again. It is our responsibility to take back the power of our people which was usurped by Museveni and not collaborate with him to oppress them more. Those claiming to be our leaders in the party should therefore afford us the courtesy of desisting from fuelling tribal sentiments.

We have been threatened with physical harm and expulsion from the party for pursuing sanity but that is a risk we are willing to take even if it will anger Mr. Mao and Mr. Mbidde. What you have and seen is only the beginning and am ready to pay the price. Plans have been concluded to expel me out of DP but this is only the beginning and we are ready to pay the price. Mao and Mbidde should know is that I don’t mind being expelled from DP because with them in control DP won’t be in existence anyway.

Winston Churchill once had this to say: “This is only the first sip, the first foretaste of a bitter cup which will be proffered to us year by year unless, by a supreme recovery of moral health and martial vigour, we arise again and take our stand for freedom as in the olden time.”

I refuse to be threatened. I am more than ever reenergized by the belief of Frederick Douglass that: “If there is no struggle, there is no progress. Those who profess to favor freedom, and yet depreciate agitation, are men who want crops without ploughing up the ground. They want rain without thunder and lightning. They want the ocean without the awful roar of its many waters. This struggle may be a moral one; or it may be a physical one; or it may be both moral and physical; but it must be a struggle. Power concedes nothing without a demand. It never did and it never will.”

Betty Nambooze is the Mukono Municipality MP, DP Vice President for Buganda, and  leader of the “Bad DP” faction